There are a lot of iconic places that can be found in New York. Count in the fact of whirlwind activity lies between its every aisle. Tourists enjoy the Broadway shows, others love to come sightseeing the Statue of Liberty, Empire State Building, Brooklyn Bridge, Central Park and other historic places nearby. Saying that, the best places to visit in New York are just walking distance from each other, making every sides of the city a delightful picturesque for sightseeing. 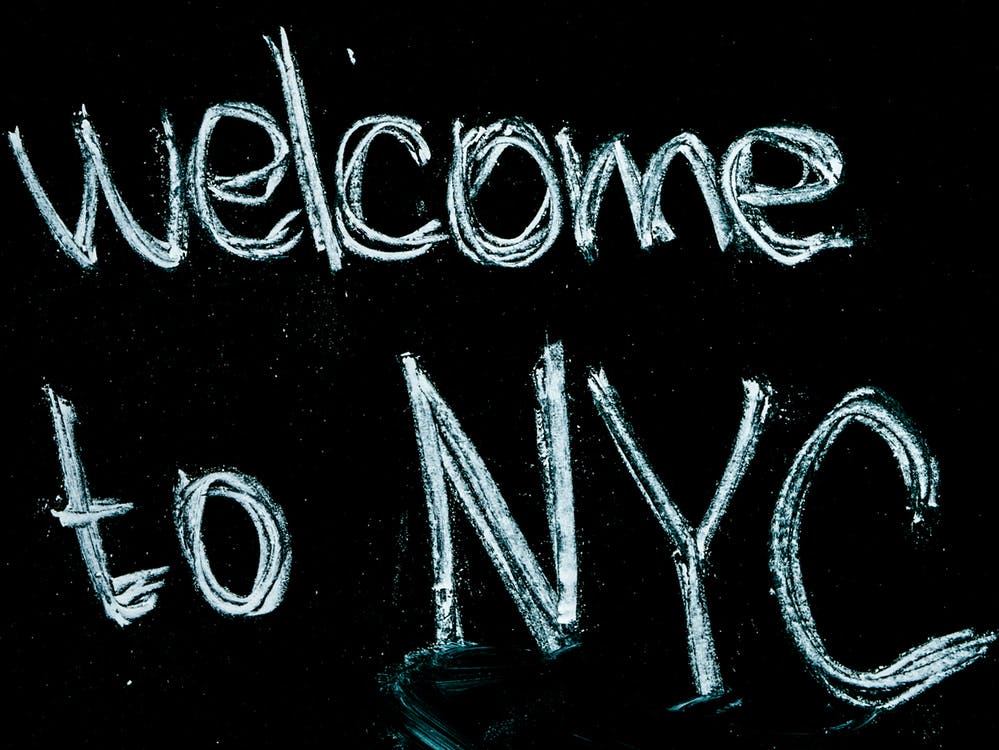 So why does New York is known for being the city that never sleeps?

Let’s find out why. 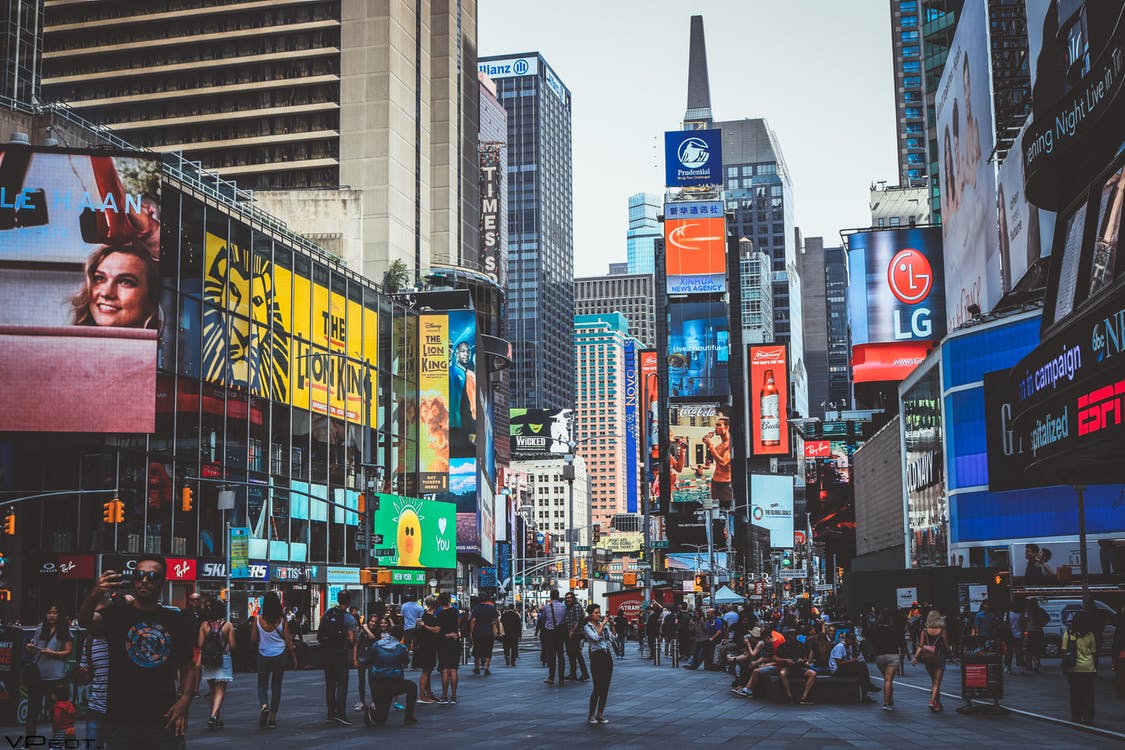 The most bustling square of New York is the Times Square. Known for its many Broadway theatres, cinemas and electronic billboards. Times Square is literally a major commercial intersection, tourist destination, entertainment center and neighborhood in the Midtown Manhattan section of New York City.

Today Times Square is a constantly buzzing tourist magnet; the square is even one of the most visited places in the world. 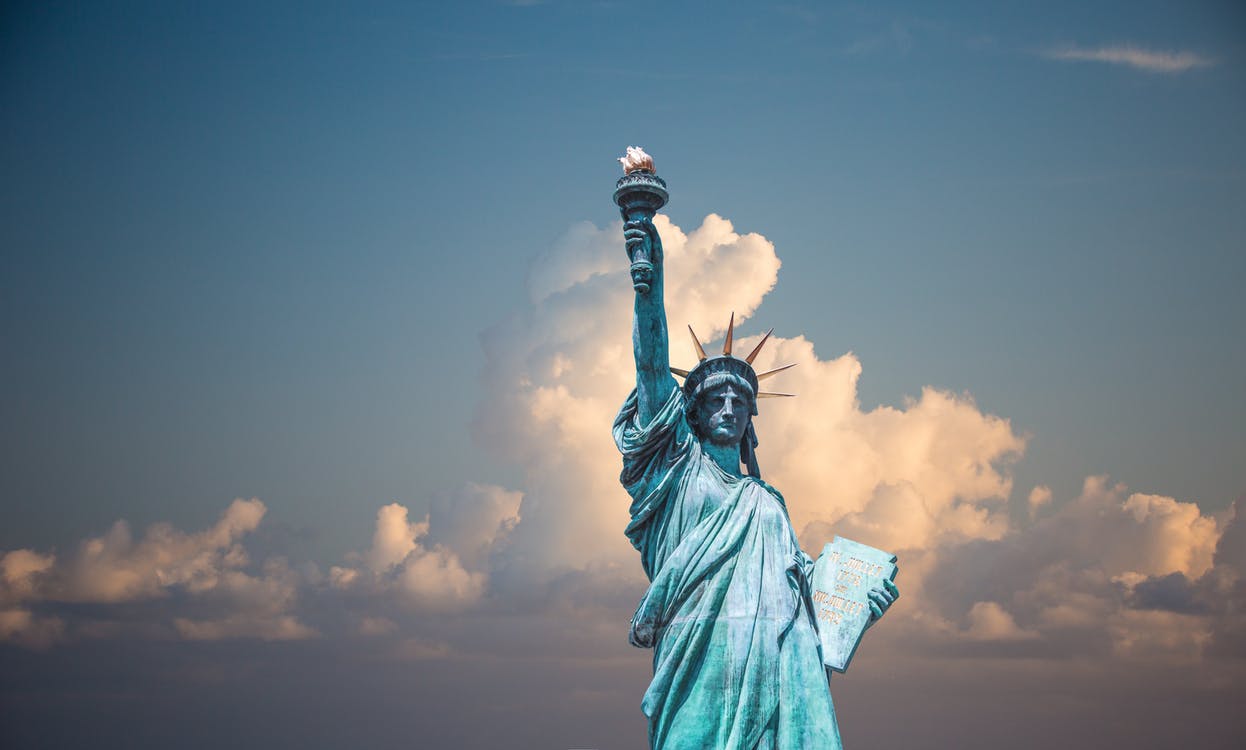 Ranked #1 as the most popular tourist attraction in the city. The statue was a gift from the French government for the 100th anniversary of America’s Independence.

It is designed by a young French sculptor, Frédéric-Auguste Bartholdi. The statue’s face was modeled after his mothers’ while the body was modeled after a prostitute. Quick info, it has seven spikes – symbolizing the Seven Seas across. In her left hand she holds a tablet with the Declaration of Independence and in her right hand a torch that symbolizes Enlightenment. Pretty clever indeed.

It was meticulously constructed in Paris, France which took nine years in a row before it was completed year 1884. Then was sent to the USA in 214 crates.

Many tourists are inspired over the sight of such beautiful Statue, the story behind it is what made it so much special in the city. 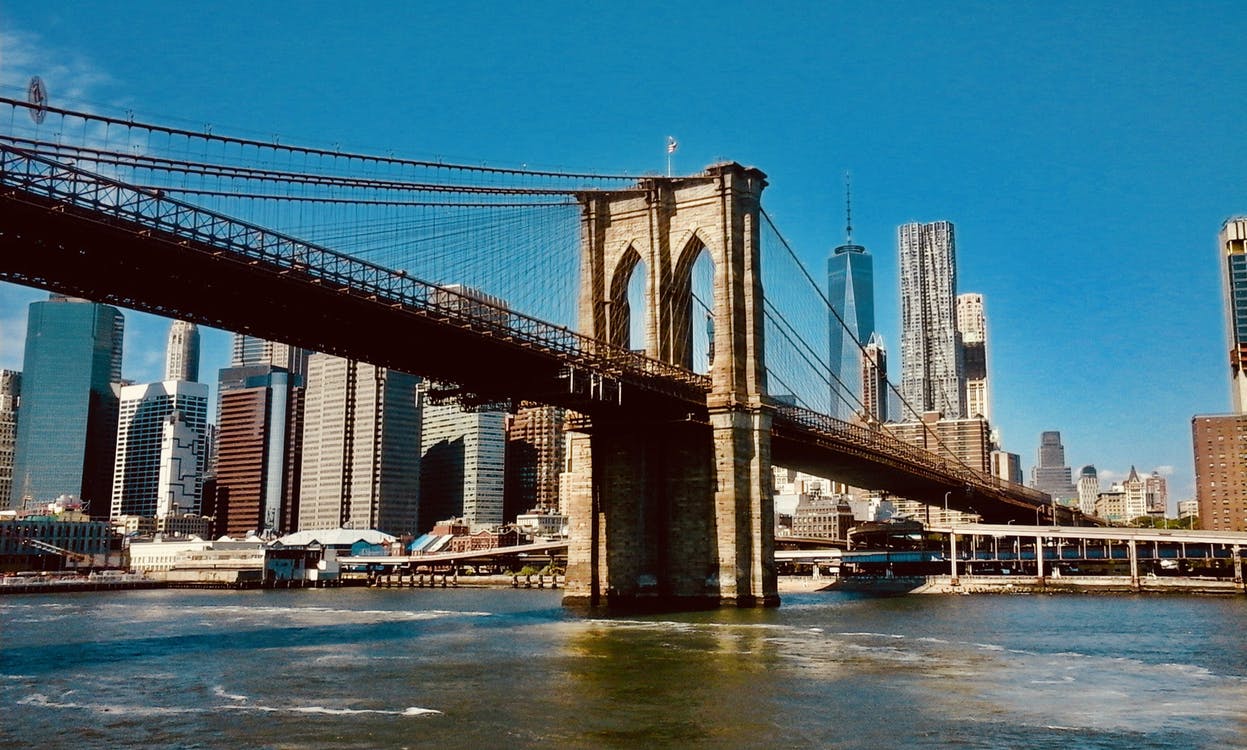 It was built between 1869 and 1883. This wholesome bridge connects Manhattan with New York’s densely populated borough, Brooklyn, spanning the East River. It is known for being the most famous and magnificent landmarks in the city.

So the intriguing question is how long does it take to walk the Brooklyn Bridge? At the most relaxed page, it allows you to walk in 60 minutes long. You might want to sip the moment and enjoy the no-rush leisurely walk while taking photos. 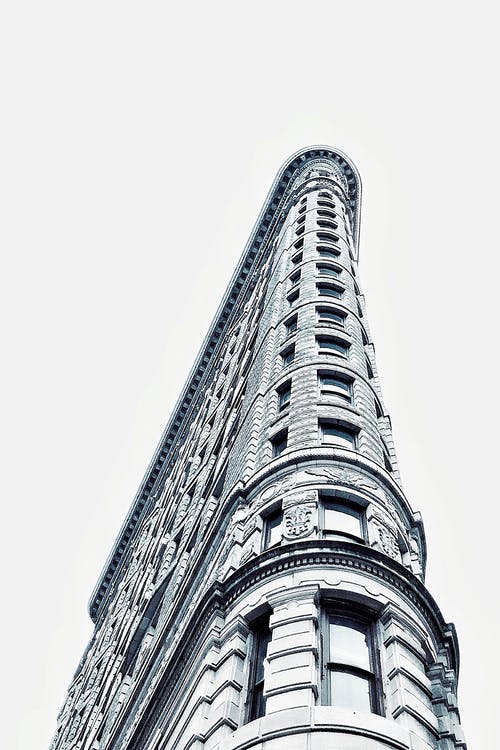 Ranked #3 of the most famous historic landmarks in New York. It is indeed very iconic with its twenty-one (21) story building. It is best known for its triangular shape and was one of the early spectacular high-rises that have come to define Manhattan.

However, incorrectly thought by many people, it is not the tallest building in the world or even in New York. But become of its singular shape and prominent location made it one of the city’s most famous landmarks.

Here’s the naughty-comic part came, the wind effect. There is this what they call the downdraught effect that causes the wind to increase in speed at the foot of the Flatiron building. It is where it often lifted women’s skirts, exposing people’s ankles, commonly delighting young men eyes. So ladies! Beware! 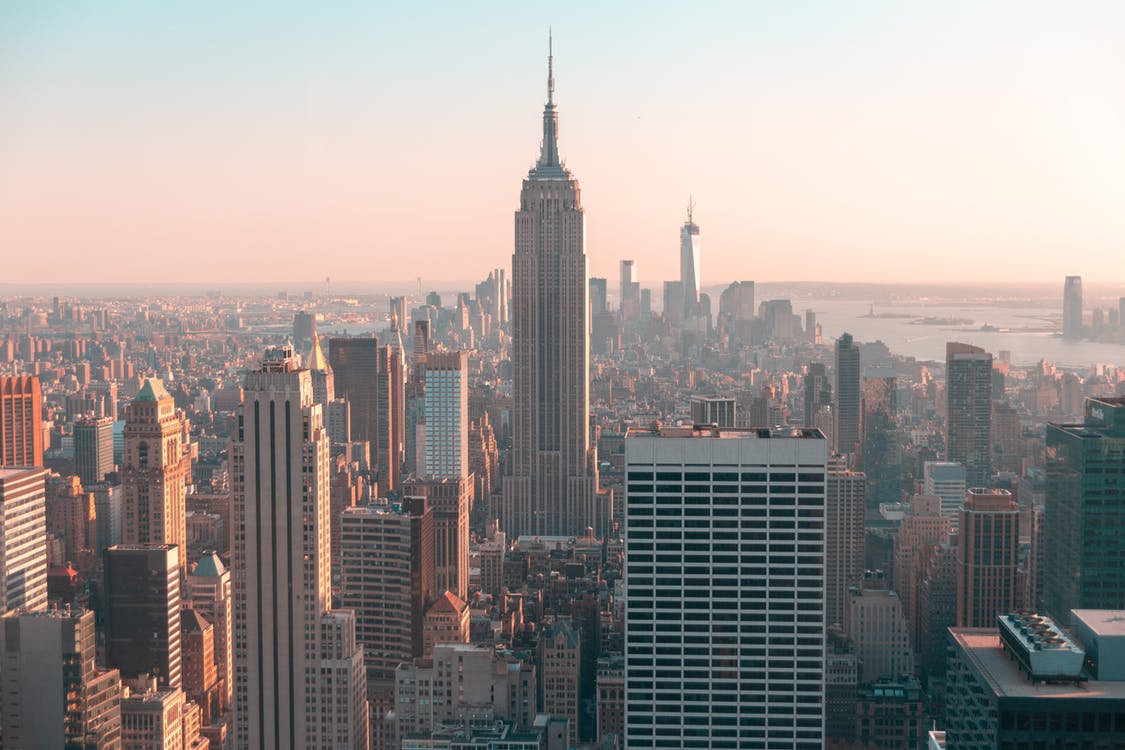 With its skyscraper, it became New York’s best known building and can be seen on many postcards. It embodies the ambition of humans to build towers that reach for the skies. That’s where the ‘Empire’ word in the name emphasizes.

It was designed by Shreve, Lamb & Harmon and completed in 1931. The building has a roof height of 1,250 feet and stands a total of 1,454 feet tall, including its antenna.

So another intriguing question lies to how much does it cost to go to the Empire State Building?

$20. Kindly Note that the 102nd floor observatory will be closed to the public for renovations until July 29, 2019, this was since December 17, 2018. For an Express Pass: Purchase from an official Empire State Building employee at the onsite ticket office on the day of arrival to move to the front of each line. Cost: $33. 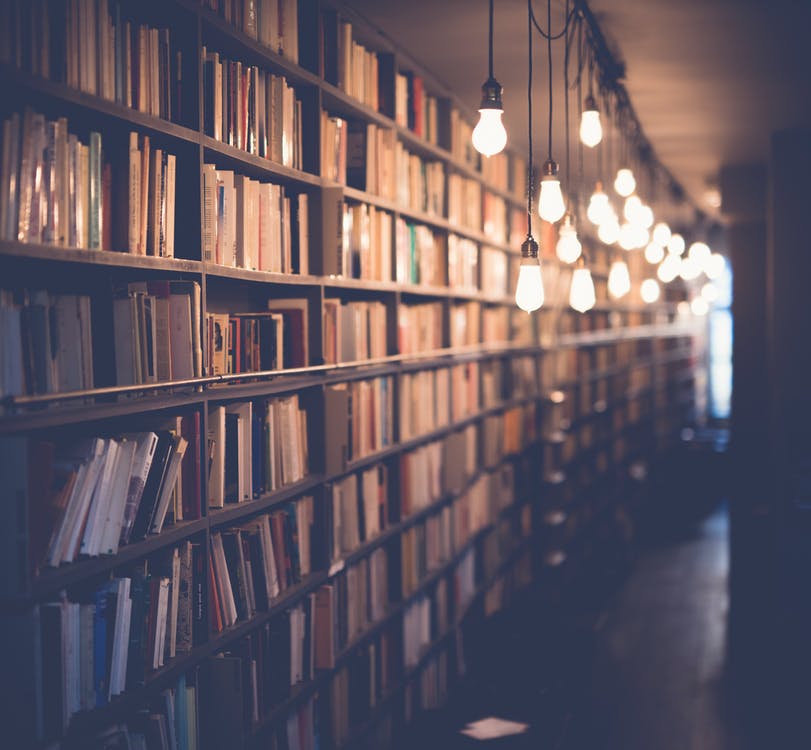 For bookworms, New York Public Library is for you. It is one of the most magnificent architectural landmarks in Manhattan. It was built in the early twentieth century to the house the city’s newly created public library.

It is more than just a beautiful architecture. It also works well as a library. Its automated system will make you obtain any book you want in minutes! Just request properly.

It has tens of millions holdings *squee*. They are all simply magnificent.

Of course there are more beautiful places in New York. We are so ready to tour you round virtually!

You want to know how? Be sure to subscribe in our daily newsletter!