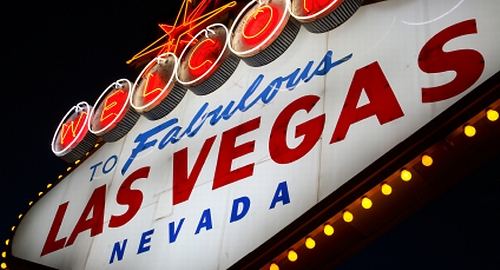 One of the hottest Newport Jets air charter destinations is Las Vegas, Nevada.  We’re happy to help make your private jet charter plans in and out of Las Vegas, the city where dreams come true.  Known as one of the top business and entertainment spots in the world, we specialize in flights designed to accommodate all your Las Vegas private jet travel needs, and we’ll recommend some top hotels for your stay.  You’re sure to find just the right private jet from our wide selection of aircraft, our private jet travel specialists are always available to help you.  Choices of aircraft include everything from the lightweight Learjet 31 to the luxury Gulfstream G550.  Newport Jets has the perfect jet for your trip.  Our professional flight team specializes in jet charter flights from NYC, Miami, Los Angeles, as well as hundreds of other domestic and  international destinations.  We’re thrilled to recommend some luxury nightspots, hotels and restaurants for your stay in Las Vegas.

Las Vegas is known as the top entertainment spot in the world.  Las Vegas has some of the world’s finest hotels and resorts, with the Las Vegas strip featuring more 5 star hotels than any other city in the world.  Some popular casinos  and first class entertainment include:  The Palms, The Wynn, Bellagio, MGM Grand, and The Venetian.  Experience the hot Las Vegas clubs! Las Vegas nightclubs range from relaxing to sophisticated and chic.   Don’t miss Tao Nightclub, voted the number one nightclub in Las Vegas. For spectacular spas check out the world class Spa Mandalay.

Beyond the Las Vegas Strip

While the Las Vegas Strip is one of the most dazzling locations in the world, there is much more to see and do in and around Las Vegas.  One of the world’s most sensational national parks, the Grand Canyon,  is a perfect day trip while staying in Las Vegas. Newport Jets will even arrange a helicopter tour of this great national treasure.

Where to Stay in Las Vegas

To arrange your private jet charter flight to and from Las Vegas, Nevada