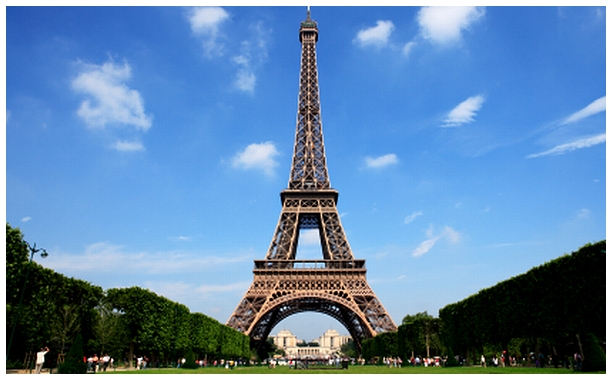 Paris the City of Lights

There is no other city on earth quite like Paris.  The city is a magical blend of history, romance, style and culture.  Whether it’s your first visit to Paris or not, the city never fails to entice and excite, even the most worldly traveler.   Paris has twenty neighborhoods located on either side of the right and left banks of the River Seine, each neighborhood has it’s own character, feel and attractions.  It’s great fun to get to know each of these areas by walking, shopping and of course tasting the scrumptious cuisine.  Along the way it’s best to take in all the cultural landmarks.

There is so much to do in Paris, but there are some experiences you must have while there.  The iconic  Eiffel Tower, built for the World Fair in 1889 is one of those must see landmarks.  Overlooking the Champs-Elysees is the Arc de Triomphe which was commissioned by Napoleon in 1806 to pay tribute to France’s military victories.  Palace of Versailles is known for its opulent décor, which includes the Hall of Mirrors and majestic gardents, with over 400 bronze and marble statues and fountains.  You’ll find it all  at the Champs-Elysee which is one of the most famous avenues in the world for shopping, dining, museums, monuments, gardens and so much more.  The most notable museum in the world, The Louvre is home to artistic masterpieces from the most famous painters in history.

Places to Stay in Paris

The charming Relais Christine was built on the remains of an Abbey back in 1231.  This lovely and luxurious boutique hotels is delightful and discreet with 51 rooms and suites with a gorgeous garden, a charming spa, and is known for personalized service.  The Hotel Vernet is ideally located in near the Champs-Elysee and is known for comfort, luxury and refinement. The Hotel Square is a thoroughly modern Paris hotel, situated opposite the Eiffel Tower, is known for its comfortable contemporary luxury style.

To arrange your private jet charter flight to and from Paris, France: