Private Jets of these celebrities will make you dream of owning one!

Big and Luxurious. Everyone loves to own something that will make other peoples’ jaw drop. But owning a private jet would either by winning a million-dollar lottery or you work smart & hard – 24/7 – non stop.

It’s common to have this thirst about being rich and spend millions for luxury. Well, there are some people who are doing it, celebrities who like to visually show how good they are when it comes to investing & spending their money wisely. You may think, “what? Is owning private jets a wise decision?”.
To be frank, whether renting or owning, there are downsides to encounter. But if you are super rich and free, then what’s holding you back?

Here are a group of celebrities who will certainly leave you stunned with their private jets.

Now, this owner of Dallas Mavericks landed himself in the Guinness Book of World Records as “the largest single e –commerce transaction” with his Boeing 767-277 worth $144.1 million. It was bought online in 1999. He then later modified it with large, custom seats to give his players plenty of leg room while f

The owner of the Dallas Mavericks, landed himself in the Guinness Book of World Records as “the largest single e-commerce transaction” with this Boeing 767-277 ($144.1 Million) bought online in 1999. Later, he modified it with large, custom seats to give his players plenty of leg room while flying. (src)

As of 2019, Tom Cruise’s net worth is estimated to be roughly $570 million dollars. He is throughout the 20’s decade one of the highest paid actors. His hard work paid off well because he’s not just one of the finest celebrity but also an owner of one of the finest private jets, the Gulfstream IV worth $36 million. It can accommodate up to 19 passengers. What’s best is it automatically refreshes the air inside the cabin every 2 minutes! It is powered by two Rolls-Royce Tay 611-8 engines, propelling the aircraft to a maximum altitude of 45,000 feet at speeds of up to Mach 0.8.

He has recently purchased a brand new Embraer Legacy 650, its worth was $30 Million. Jackie Chan admire quiet & roomy cabins and that’s how he does it. Air of luxury filled the aircraft. He is known for his dedication at work and taking charge of his time. Thus his aircraft is divided into work, play and rest areas, of course with WI-FI throughout. You can tell Jackie Chan is coming because he has a custom-painted dragon on the exterior. A very cool plane indeed!

Her popularity increases as she continually published books, hosting TV talk shows, and being an active philanthropist. And those hard works do not only reward her popularity but also earned her an incredible Bombardier Global Express XRS that’s worth $42 Million. It features designer fixtures in the bathroom and galley, along with an exquisite all-leather interior. It also has aesthetically-placed lighting, and additional luxury amenities. This plane can easily cross the globe with only one refuel stop. 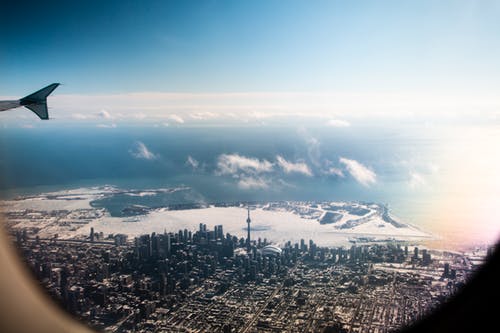 According to Forbes as of 5 March 2019, the net worth of Donald Trump, the 45th President of the United States, is approximately $3.1 billion

Donald Trump decided that he wanted a plane 20 years ago, so he acquired a Boeing 727-23 ($3 Million to $8 Million) and placed his 23-carat gold leaf Trump logo on its side. He did some improvements when he purchased the plane from the Microsoft co-founder, Paul Allen, adding leather armchairs, personal high-tech TVs, Waterford crystal lamps and gold-plated seatbelt buckles, a master bedroom, a guest bedroom, a dining room, a lounge, and a VIP conference room. And it can take up to 32 passengers. It’s the envy of the airways.

Jim looks for safety and there’s nothing better for it than this Gulfstream V, it worth him to pay $59 Million. He is a great actor indeed, a genius to be exact, and he’s not just smart when it comes to his career but also to his money investment. He didn’t just buy his aircraft for convenience and luxury, but also he bought it as a great investment. When it is not in use, you can rent this 16-passenger plane and travel near the speed of sound while cruising up to 51,000 feet in the skies. Jim Carrey knows how to do the things properly.

World famous Bill Gates currently owns one of the most luxurious aircraft in the world, a Bombardier BD-700 Global Express ($40 Million). This amazing plane can travel at the speed of sound (Mach 1) up to 9,300 km non-stop. It has capacity of up to 18 passengers.

I’m wondering if he’s into buying another one. He can totally afford 5 more!

His Net Worth. From an acting and other related careers which has spanned over four decades, John Travolta has been able to amass a net worth estimated to be around $170 million.

As one of the highest-earning superstar in the entertainment industry, a major bulk of John Travolta’s net worth stems from the neat earnings he made from his film career.

He loves planes. An excellent pilot himself! He also owns no less than 5 of them (3 Gulfstream jets, 1 Boeing 707-138 and 1 Lear jet). The biggest and most impressive is his Boeing 707-138 that he bought in 1998. Imagine a whole passenger plane just for yourself!