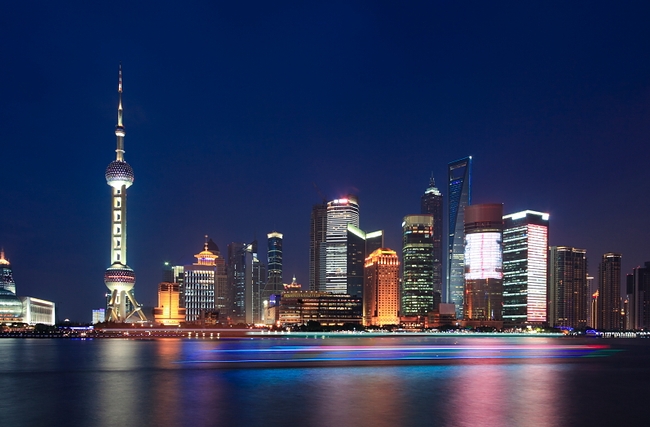 Newport Jets is a top private jet charter service to and from Shanghai, China.  Our international jet charter flight team is ready to handle all your private jet charter plans in and out of Shanghai.  Our planning doesn’t stop there, we’re also happy to have our concierge staff recommend a special place to stay, in flight menus, and arrange for ground transportation in Shanghai.  We have a wide selection of private jet charter aircraft available for your trip to Shanghai – we can help you choose the perfect plane for your trip.  The aircraft options are endless, including the Citation Ultra and the Global Express.  Our jet charter company has years of experience specializing in providing international charter jets to and from Shanghai, Beijing, Tokyo, Los Angeles, and Las Vegas, as well as hundreds of other international and domestic destinations.

Shanghai is the most populated and largest city in China, situated on the eastern coast of the country, on the banks of the Yangtze River. Originally a small fishing village, Shanghai was opened as a port city for trade with the west in 1842. Until World War II, Shanghai was a divided city containing areas of British, French, and American settlement. It was also the site where in 1921 the founding of the Chinese Communist Party took place. Today Shanghai is the major industrial, financial, and commercial center of China, home to local and regional headquarters including companies and corporations such as the Shanghai Stock Exchange, TESCO, Dow Chemical, General Motors, Vale, Kraft Foods, Coca Cola, and Walt Disney. Literally ”City by the Sea”, Shanghai is a world’s popular destination for business and leisure travelers alike. Shanghai’s main attractions include the Yuyuan Garden, the Shanghai Museum, the Jade Buddha Temple, the Bund, the former French Concession, the Museum of the First National Congress of the Chinese Communist Party, the Shanghai World Financial Center, the Shanghai Urban Planning Exhibition Center, the People’s Square’s, the Shanghai Grand Theater the Oriental Pearl Tower, and Shanghai Xintiandi. Shanghai, the booming financial metropolis, welcomes visitors from all over the world.

Where to Stay in Shanghai

To arrange your private jet charter flight to and from Shanghai, China: