To apply, please send your resume and cover letter to charter@newportjets.com with the position in the subject line. 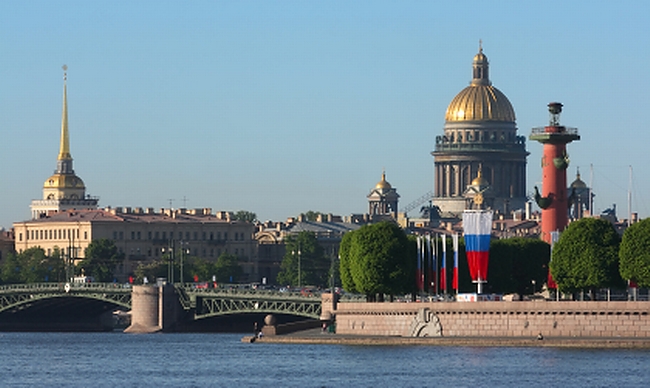 St. Petersburg is named for the late Tsar Peter 1 and once the capital of the Russian Empire; St. Petersburg is located on the Neva River and the Baltic Sea and is one of the most beautiful cities in the world. It’s Russia’s second largest city and Europe’s fourth largest city after Moscow, London and Paris and is a major cultural center and Russian port. Often referred to as “the Venice of the North”, or, “the Paris of the East”, its beauty is unique filled with towering domes, the old royal family castle, and a variety of colors making one feel as if they are in a dreamland. St. Petersburg offers a vibrant cultural life and is a fascinating destination making for an unforgettable adventure.  Considered Russia’s cultural capital, the city has lavish architecture, high art, wild nightlife, with a mix of rich history and cultural traditions that have inspired some of the world’s greatest literature, music, and visual art. From the twilight of the White Nights to world-class opera and ballet, St. Petersburg charms in every season. A city of palaces and museums, broad avenues and winding canals, St. Petersburg is endowed with art and architecture riches. Alongside world-famous attractions such as the Hermitage , St. Isaac’s Cathedral and the Mariinsky Theatre , the city has scores of lesser known but equally fascinating sights that reveal both the pomp and extravagance of St. Petersburg’s political and Imperial past, and also the mysterious, tragic genius that has touched so many of the city’s great artists and writers. St. Petersburg reflects the country’s extraordinary character like no other city, and its uniquely rich atmosphere exerts a powerful grip on even world-travelers. During the month of June, the sun never sets and the city celebrates with its ‘White Nights Festival’ — a host of music and dance concerts. Catch a performance by leading Russian and international artists at the Stars of the White Nights Festival (mid-May to mid-July) at the Mariinsky Ballet and Opera Theater; experience world-class art at The Hermitage and The Russian Museums; and take a day trip to the Catherine Palace at Tsarskoe Selo, the former palace of Catherine the Great that rivals Versailles.

Where to Stay in St. Petersburg

Located in the heart of Saint Petersburg where the city’s influences – history, art, and business – connect, W St. Petersburg is one of the hottest hotels and addresses in the city.  The hotels design was inspired by the famed Russian Faberge egg and feature137 stylish guestrooms and suites each with fabulous city views.

To arrange your private jet charter flight to and from St. Petersburg:

Blog posts that stand out from the crowd

Make sure that you check them all out