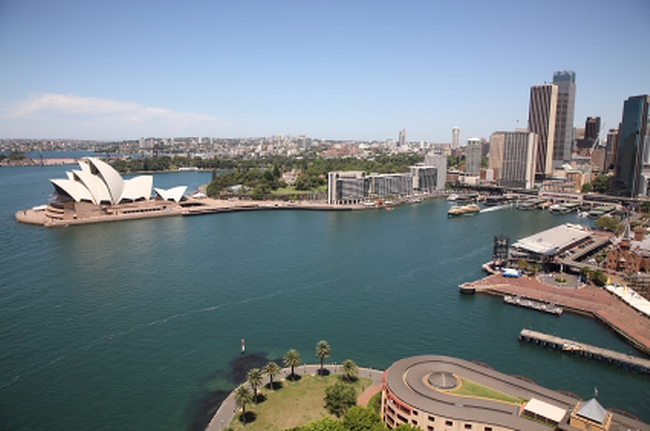 The professional private jet charter staff at Newport Jets are specialists in private jet travel to and from Sydney, Australia. We are standing by to handle all your Sydney private jet charter travel plans. We will not only plan your private jet air travel but our outstanding concierge team will recommend places to stay, in flight menus, and arrange for ground transportation in Sydney.  We have a large selection of Sydney private jets available and will help you choose just the right one. The options are endless, from the Citation Ultra to the Global Express; Newport Jets has a private charter plane that’s just right for you.  Our team has many years of experience specializing in international charter jets to and from Sydney,  New York, London, Paris, and Milan –  as well as hundreds of other international and domestic destinations.

Sydney is known as the Harbour City, the oldest, largest, and most sophisticated city in Australia. The city is a major international city and one of the top for finance in the Asia-Pacific region.  Sydney is known around the globe as one of the most cosmopolitan, livable and beautiful cities in the world. Sydney seems to have it all; beauty, history, nature, design, and great food.  The city is located next to sandy beaches and miles of ocean coastline.  The Sydney Opera House and the Sydney Harbour Bridge are world renowned icons. Sydney is surrounded by national parks, and nature. One third of the residents of Sydney were born in other parts of the world.  The city’s skyline is known around the world and features a wide variety of old and modern architecture.  The styles range from the simple Francis Greenways Georgian buildings to Jorn Utzon’s Sydney Opera House. There are Victorian buildings like the Queen Victoria Building and the Sydney Town Hall.  There are also skyscrapers which dominate the skyline like Sydney Tower. Sydney has some fabulous museums including the Australian Museum, the Australian National Maritime Museum, the Art Gallery of NSW, the Museum of Contemporary Art, and the Powerhouse Museum.  You can take a short ferry trip to the Taronga Zoo, where you’ll find large zoo animals.  The Koala Park Sanctuary is located in the Outer West, and the Sydney Aquarium is in Darling Harbour.

Where to Stay in Sydney

The Shangri-La Hotel Sydney is in a perfect location between the Harbor Bridge and the Sydney Opera House.  The five star hotel offers comfort and luxury, along with stunning harbor views.

To arrange your private jet charter flight to and from Sydney, Australia: