TOP PLACES TO TOUR THIS 2020! (MAY TO DECEMBER EDITION)

Everyone been wanting to spend quality time with someone or even alone. We’re talking about quality time here and there are indeed pre-requisites needed before traveling out of the country. This is part where this blog will help you!

Plan your trip by knowing which among all the most visited places are the best for this year 2020!

Check out the Top Counties to Tour this 2020 (January to April edition) here. 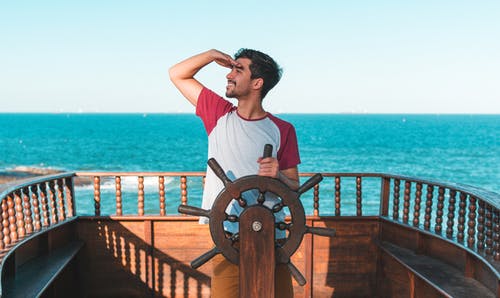 Lofoten is a group of islands in the northern part of Norway, is an archipelago and a traditional district in the county of Nordland, Norway.

This place is known for a distinctive scenery with dramatic mountains and peaks, open sea and sheltered bays, beaches and untouched lands. Though lying within the Arctic Circle, the archipelago experiences one of the world’s largest elevated temperature anomalies relative to its high latitude.

It is located in Central and Southeast Europe, on the coast of the Adriatic Sea. It borders Hungary to the northeast, Serbia to the east, Bosnia and Herzegovina and Montenegro to the southeast, and Slovenia to the northwest.

Although the majority of Croatian beaches are pebble (wonderful, round pebbles), you can find some sandy beaches here too.

It is an Incan citadel set high in the Andes Mountains in Peru, above the Urubamba River valley. Built in the 15th century and later abandoned, it’s renowned for its sophisticated dry-stone walls that fuse huge blocks without the use of mortar, intriguing buildings that play on astronomical alignments and panoramic views. Its exact former use remains a mystery.

The citadel is important, because it has a great archaeological value and a variety of ecosystems.

Is a country in the South Pacific, is an archipelago of more than 300 islands. It’s famed for rugged landscapes, palm-lined beaches and coral reefs with clear lagoons. Its major islands, Viti Levu and Vanua Levu, contain most of the population. Viti Levu is home to the capital, Suva, a port city with British colonial architecture. The Fiji Museum, in the Victorian-era Thurston Gardens, has ethnographic exhibits.

Fiji is a very safe place for travelers and what you only need for a happier holiday is just to wear your widest smile like the people there! 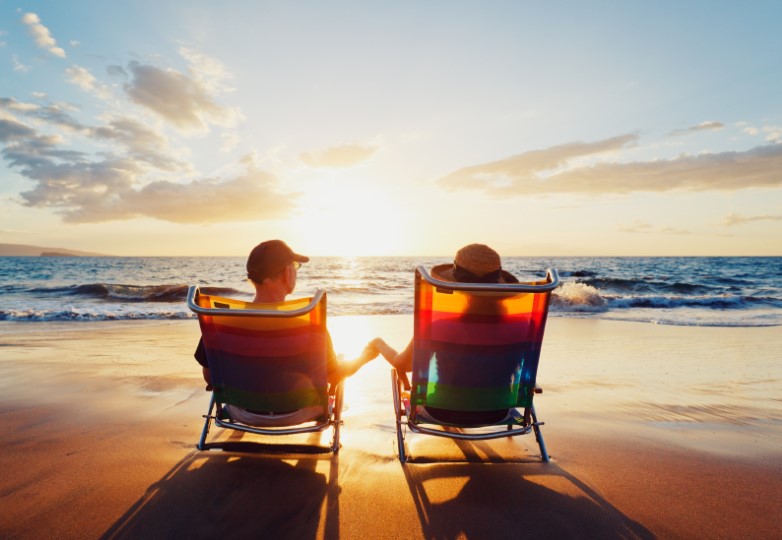 It is known for vast, rugged expanses and nomadic culture. A land-locked country sandwiched between Russia and China. Mongolian cuisine predominantly consists of dairy products, meat, and animal fats. The most common rural dish is cooked mutton.

With one of the lowest crime rates in Asia, you won’t have much to worry about when it comes to trouble in Mongolia – so long as you use common sense.

Flying is by far the most popular and expedient way to get to the Arctic. It is a polar region located at the northernmost part of Earth. The Arctic consists of the Arctic Ocean, adjacent seas, and parts of Alaska, Finland, Greenland, Iceland, Northern Canada, Norway, Russia and Sweden.

There are a lot of things to do here, including spotting the bearded seals, walruses, pink-footed geese, arctic foxes and polar bears. You’ll feel so tine around the glaciers and will take your breath away as you’ll witness how huge chunks of ice swim down into the Arctic Ocean.

Officially the Argentine Republic, is a country located mostly in the southern half of South America. is a notoriously expensive country. It is truly a huge country – the eighth largest by area in the world. This country offers a variety of beautiful places. The best of them are mostly at its western border where is the endless ridge stretches of Andes.

Don’t forget that this is the home of tango too, so if ever you’re into dancing, get in here quick! They celebrate this dance style with a festival over two weeks in August.

It is an island in the North Atlantic. It is separated from Great Britain to its east by the North Channel, the Irish Sea, and St George’s Channel. Ireland is the second-largest island of the British Isles, the third-largest in Europe, and the twentieth-largest on Earth.

This place has been known as the Emerald Isle, with its astounding natural beauty, ice-cold pints of stout and intriguing history. The locals will charm you with their toe-tapping traditional music. 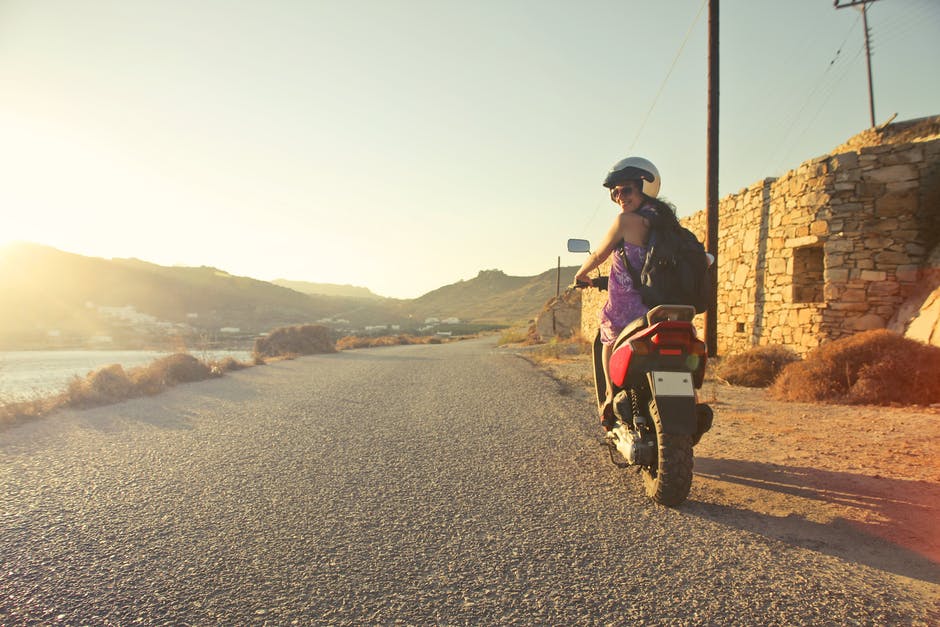 This place is considered a very safe city. But just like every country, there are things that should be avoided. London is one of the more expensive European capitals, so be prepared!

London is a common stop on most backpacking trips. Almost every people would love to have a holiday in this place. People are drawn to the place by the intensive attractions, theater, museums and diverse culture. The modern-day London is indeed a hub of famous landmarks, iconic buildings, and innovative attractions on every level.

For an awesome coastal views, better hike along the Algarve. But If you want a trip of a whole new level, then go to Portugal islands like Madeira and the archipelago of the Azores.

Portugal is famous for its beaches, food and of course – Cristiano Ronaldo. This list however is just the tip of the iceberg.

You can try ‘Praia da Oura, Albufeira’. The setting of the Oura beach is as perfect as any traveler could wish: its soft, golden sands look out to beautiful blue waves.

The cosmopolitan capital of Spain’s Catalonia region, is known for its art and architecture. The fantastical Sagrada Família church and other modernist landmarks designed by Antoni Gaudí dot the city.

Barcelona is definitely worth a visit. Barcelona has a wide variety of tourist attractions, even more so than Madrid. Plus! the travel is all about fast and easy. It has various ways to transport people, definitely holding the best public transport systems. If you wish to evenly explore the city, you can still go on with bike or even just by walking!

Utah is a state in the western United States. It is indeed one of the nation’s great outdoor states. A road trip through Utah is one of the best ways to see the sites and wonderful scenic drives. It is everywhere throughout the state. You’ll see natural wonders that you won’t find anywhere else in the world.

The best time to visit this place is between the month of November and March. This is when Goa weather is pleasantly warm and clear with a cool sea breeze adding.

Goa is known for its amazing beaches, ranging from the popular stretches at Baga and Palolem to the laid-back fishing villages such as Agonda. And despite of its crime issues, this place remains essentially safe for travelers. So long as you move with common-sense and safety precautions, then you should be safe and secure.

Is a country that is part of the United Kingdom. Scotland might be small but there are plenty of things you can see in here.

When you are dreaming of seeing aurora lights, then this is where you can see them. Along with the right conditions and minimum pollution, these sight can be seen incredibly clear.

This place is full of surprises, and definitely has no shortage of jaw-dropping views. Scotland is officially the Most Beautiful Country in the World, according to renowned travel publication, Rough Guide.

Officially the United Mexican States, is a country in the southern portion of North America. It is bordered to the north by the United States; to the south and west by the Pacific Ocean; to the southeast by Guatemala, Belize, and the Caribbean Sea; and to the east by the Gulf of Mexico.

This place is full of bright sunshine, mesmerizing scenic beauty, healthy sandy beaches and rich culture heritage. And if you are very into foods, then Mexico will not disappoint you.

It is an island country of the West Indies. After Cuba and Hispaniola, Jamaica is third largest island in the Caribbean Sea. The place is well known for the nightlife and adventure. Such a beautiful island it is. You can also expect beautiful mountains, coral reefs and rainforests. This place is indeed one of the best tourist attractions.

There are also some things that Jamaica is well known for: including the Blue Mountain Coffee, Jamaican Bobsled team, Reggae Music and of course their very own Bob Marley.

If you want to travel to these places, be sure to travel with us! Newport Jets.
We will fly you with luxury and safety. You’ll be sure to have the best travel experience ever in your life.

We’ll keep you updated about all the travel places and tips to help you this 2020!